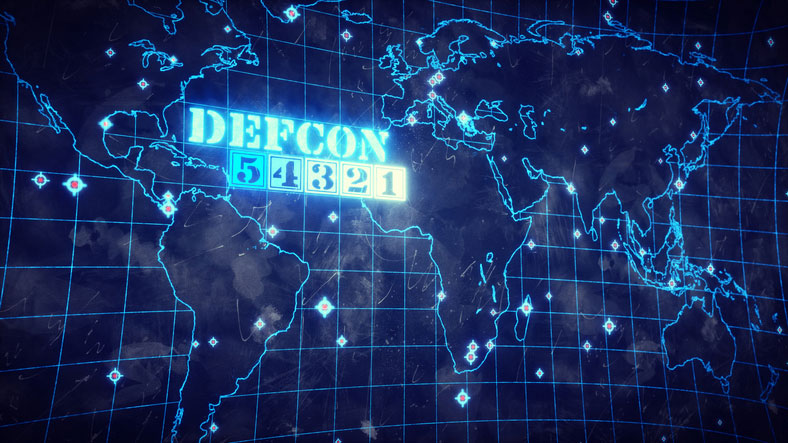 In 1962, as the story goes, the world was narrowly saved from nuclear annihilation by a television reporter and an undercover spy. On October 26, while munching on a bologna sandwich around lunch time, ABC news journalist John Scali received a call from an acquaintance at the Soviet Embassy in Washington, D.C. Although he was almost through his lunch, Scali sensed fear and urgency in the voice of Alexander Fomin, the embassy’s counselor, and agreed to meet him at the Occidental Restaurant, just two blocks from the White House.

Fomin, he knew, wasn’t named Fomin and wasn’t a counselor at all. He was the KGB Station Chief in Washington D.C., and it was the 12thday of the Cuban Missile Crisis. American forces had turned back Soviet convoys two days before and gone to DEFCON 2… ready for a full-out nuclear engagement within six hours.

At the meeting, Fomin (actually Alexander Feklisov) made a set of proposals for deescalating the crisis. Although Scali wasn’t a U.S. official, he was known to have contacts high in the government. In the hair-trigger atmosphere of the crisis, he was able to pass those proposals through a friend at the State Department to the desk of President Kennedy.

The apparently inevitable train of events leading to nuclear war was derailed in an afternoon of wrangling between two amateurs.

Appearances Can Be Deceiving

Notably, in March of 2018, Trump accepted a proposed meeting with North Korean leader Kim Jong Un, tossing 65 years of precedent and wrangling out the window in a bid to engage with the bellicose Asian country. In the same week, he upended decades of international commerce relations by proposing steep tariffs on foreign steel imports to the U.S. Both acts made big news and prompted speculation over whether or not such unconventional foreign policy acts could yield big dividends.

History is the ultimate judge, but international relations professionals have some perspective on the matter that is already well-informed by historical standards. The general consensus is that simply making a splash is much easier than achieving results, and results are more often the result of classic diplomacy than splashy theatrics.

Although it was conducted by unusual diplomats, the diplomacy involved in ending the Cuban Missile Crisis was classic diplomatic compromise and face-saving. Moreover, the Fomin-Scali channel was not the only one that was used for communication during the crisis. The decisions on both ends of that channel were informed by professional diplomats and negotiators, not amateurs.

Many professionals believe that Trump’s disregard for conventional foreign policy is ultimately a disaster for the United States, and many of them have either resigned or been forced out over the disagreement. The backlash has been both national and global.

Amateurs Have Always Been At The Wheel, But Experts Are Their Copilot

But that backlash overlooks something fundamental about American diplomacy, which is that it is routinely populated with amateur political appointees, who may come to their positions through backslapping and favor-granting without even a whiff of formal international studies preparation.

Many of these amateur ambassadors throw themselves seriously into the job and lean heavily on the professional staff who have been trained and who serve through administrations for decades. But the ultimate decisions are made by officials elected and appointed who may have no foreign policy experience whatsoever. Worse, in the American system, these are all subject to change every four years, delivering a very unreliable partner for other nations on the world stage to negotiate with.

Professionally Trained Diplomats Are Boring For a Reason

What international relations experts do offer is something that the international system was explicitly designed to provide: stability and predictability.

The consequences of violating these norms were tragic and destructive enough in 1648 to force European countries to sit down and hammer out the modern system of nation-states and normalize their interactions. In the early years of the 21stcentury, with 9 countries either acknowledging or assumed to possess nuclear weapons, the consequences can be, quite literally, fatal for the human race.

In such a scenario, conventions might be more important than most commentators can conceive.

Indeed, new declassified evidence has emerged that suggest that the Scali-Fomin meetings during the Cuban Missile Crisis not only had much less impact on the ultimate outcome of the affair than previously thought, but may in fact have served to destabilize and confuse the negotiations. Competing narratives put forth by the two men suggest that perhaps Feklisov was acting on his own rather than as an emissary, and Scali may simply have confused both the Russians and the State Department by misunderstanding the proposal. If true, the resolution of the crisis was accomplished despite the interference of dangerously amateur actors, not with their assistance.

Diplomats with advanced training such as master’s degrees in international relations have exactly the sense of history and the tools of evaluation and negotiation that are required to maintain those conventions. In the face of opposition and difficulty, professionals have been responsible for successes such as the Nuclear Test Ban Treaty, rebuilding Europe and Asia after World War II, and negotiating the Paris Climate Change agreement. The Montreal Protocol fixed the hole in the ozone layer.

The globe, despite constant news reports to the contrary, is in perhaps the safest and most peaceful era it has ever known. Well-educated, professional diplomats deserve much of the credit for making it that way.