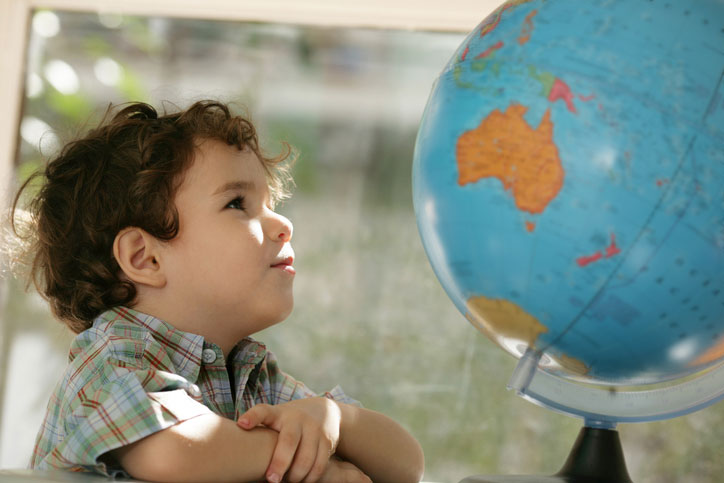 As someone considering a degree in international relations, you’ve probably been keeping up on the news of massive disruptions and resignations roiling the U.S. State Department over the past couple of years. Founded as the first executive department of the United States government and still one of the largest foreign services in the world, the once-proud agency has seen morale plummet and its mission crumble as it has been gutted by the Trump administration.

Under former secretary of State Rex Tillerson, the administration planned to push out more than 2,000 employees, many of them irreplaceable. More than half the top-ranking positions in the department were eliminated or emptied.  Fifty-five ambassadorships are vacant, including thirty-nine for which no replacement has even been nominated.

Under normal circumstances, new international relations graduates might look on that state of affairs as a golden opportunity. Rebuilding the ranks of State could result in easy hiring and rapid advancement potential for years to come.

But it’s increasingly looking like a state of more or less permanent chaos, and a service that might take some time to fully recover.

Take heart, though. There are some very good reasons to make an investment in a degree in international relations. Here are five for you to chew on!

5. You Will See The World

Even if you never end up getting into a high-powered foreign service job and even in the very unlikely event that American corporations are dramatically blunted from overseas business by raging trade wars, at least you can still see the world and make a positive impact on it. The average graduate degree program in international studies offers plenty of opportunities for students to study overseas or at least take trips to foreign countries to get a feel for global relations.

College is the time when most people are looking to explore the world a little further anyway, so it’s good timing if you can make it part of your degree plan. A lot of the uncertainty or trepidation you might feel about international travel disappears when it’s part of your curriculum. Moreover, you’ll inevitably see parts of countries that aren’t really on the regular tourist agenda. You’re there to learn, and you’ll probably learn things you wouldn’t be able to in any other way.

Travel will always make a valuable contribution to your roster of life experiences as you look to enter the field of international relations.

4. You Have Multiple Career Choices

The government, as massive as it is, is hardly the only employer looking for skilled international relations graduates. In fact, the decimation at the State Department is quite likely to increase hiring elsewhere… even if the federal government isn’t as involved in coordinating activities between U.S. businesses and citizens and foreign countries, the slack will surely be taken up by NGOs and stakeholders in the private sector.

This leaves the door wide open for whip-smart staff at corporations and NGOs. Businesses are going to need highly trained international relations professionals to help fill the gaps when it comes to coordinating their multinational operations.

3. International Relations Is More Relevant Than Ever

Although there may be fewer positions available under the Trump administration, the jobs are more relevant than ever. Big things are happening on the world stage and they aren’t happening by themselves. The collapse of the Iran nuclear deal, the possibility of a near-future North Korea nuclear deal, the subsequent collapse of the North Korea nuclear deal… these are all activities with a lot of ground-level diplomatic coordination required.

The shockwaves only create more of that demand. Businesses reeling from the re-imposition of sanctions, as Boeing is with the evaporation of $20 million in Iranian contracts on which the ink was barely dry, are going to be scrambling to restructure their international operations and salvage what they can. And that’s going to require highly educated international studies graduates to put together again.

2. You Will Acquire Transferable Skills

You’ll walk away with at least one foreign language, for instance. That’s a powerful asset both in business and elsewhere. You’ll also get a solid education in economics and global market forces, forces that act on even the smallest and most local business organization. You’ll have the eye to spot trends and patterns that people who only understand the U.S. will never see coming.

Travel and understanding foreign culture can be a powerful lens through which to view our own culture, and that can give you insights everywhere from marketing to interpersonal motivation. You’ll be a big hit in any business looking to hire worldly managers and staff.

1. You May Just Save The Future

Pessimism isn’t a great quality in diplomats or negotiators, so you’re probably bringing in a healthy cup of sunshine of your own as you consider a graduate program in international relations. So here’s a big positive aspect for you: internationalism remains the last best hope for the future of humanity!

The remaining great challenges in the modern world, from the threat of nuclear confrontation to the creeping danger of global anthropogenic climate change, are all complicated, tough questions that demand coordinated international action. If you study the history of humanity—and you will, if you go into international studies—you’ll see a much besmirched, dirtied, but steady trend of solutions and survival decorating even our darkest moments.