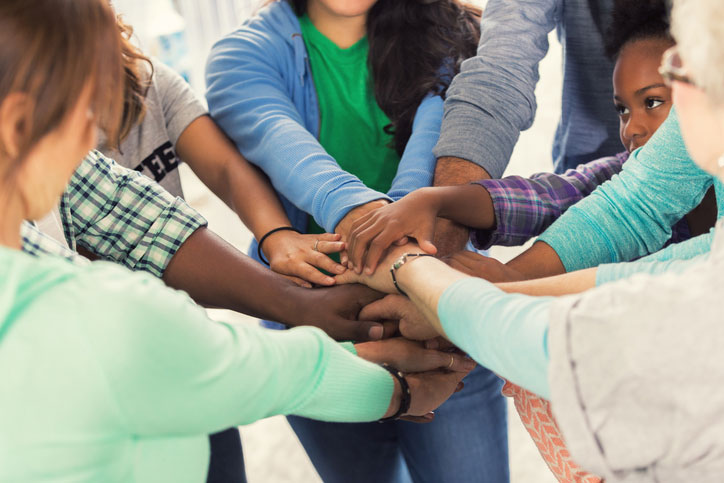 You want to make a difference in the world. You’ve always had a passion for helping others, and you’ve long viewed yourself as a humanitarian.

A career in humanitarian aid and relief speaks to you heart and aligns with your values. There are many NGOs out there that will allow you to explore mission-based work, but a few really stand out for us:

Who they are: An international humanitarian organization primarily focused on fighting hunger, delivering food assistance, and helping communities improve nutrition.

What they do: According to their site, they help more than 80 million people in 80 countries around the world. Each year, the World Food Programme distributes more than 12.6 billion rations. Nearly 70 percent of their work is done in conflict-affected countries.

One of the reasons we love them: The World Food Programme is the largest humanitarian provider of school meals throughout the world, ensuring that more than 10 million children each year receive a school lunch.

How to get involved: The World Food Programme adopted the United Nations’ Junior Professional Officer (JPO) Programme, whose goal is to target young professionals interested in careers in international development. To qualify for the JPO Programme, you must be under the age of 32-35 years old, have a master’s degree in a relevant subject, and have three to five years of professional experience.

Who they are: A Christian humanitarian organization that works in more than 97 countries on issues related to poverty and injustice.

What they do: In 2016 alone, World Vision sponsored four million kids, provided aid to more than 15 million disaster survivors and refugees, and provided clean water to nearly five million people. Other efforts are aimed at gender equality, education, disability inclusion, and refugees.

One of the reasons we love them: This humanitarian organization operates in such an efficient manner that in 2016, it returned 85 percent of its operating expenses back to the programs it supports.

How to get involved: World Vision operates out of the following states:

Who they are: An evangelical Christian organization providing aid (both spiritually and physically) to victims of poverty, disease, war, famine, and natural disasters throughout the world.

What they do: Often working with local churches and ministry partners, their efforts are wide-reaching and include providing food, shelter and supplies to war-torn countries like Mosul, Iraq; distributing emergency supplies to the earthquake victims of Nepal and Ecuador; and helping victims of U.S. natural disasters (most recently, 2017 hurricanes that ravaged Texas, Florida, Puerto Rico, and the Caribbean) by rebuilding homes and providing emergency supplies.

They also deploy emergency field hospitals in areas all over the world where disasters either damaged or destroyed their medical infrastructure; employ programs that fight HIV/AIDS, malaria, tuberculosis, and other epidemic diseases; and work for women’s causes that focus on the prevention of gender-based biases and human trafficking.

One of the reasons we love them: In 2016, one of Samaritan Purse’s programs, Operation Christmas Child, collected more than nine million shoeboxes chocked full of school supplies, toys, basic hygiene items, and a copy of the New Testament to send to children suffering from war, disease, poverty, and natural disasters.

How to get involved:

Samaritan’s Purse’s international headquarters are located in Boone, North Carolina, so many of the jobs here are based in the U.S. However, they also have any international employees who work out of offices and in relief programs in more than 14 countries.

The Samaritan’s Purse Global Internship Program allows college students and recent graduates to work stateside or around the world. All internships offer competitive stipends and also cover the cost of housing, immunizations, visas, and flight costs.

Who they are: An international humanitarian organization that focuses on the fight against world hunger for more than 40 years.

What they do: Their staff of more than 6,500 provide emergency response to nearly 15 million people annually. They feed malnourished children and provide millions of people with access to clean water, food, training, and healthcare. They also train small-scale farmers, so they can increase food production and safely handle and distribute crops. During humanitarian disasters, they provide food, cash, and cash-for-work programs to help families get back on their feet.

One of the reasons we love them: As of 2015, they committed 93 cents of every dollar to program activities.

How to get involved: Many careers here are found at Action Against Hunger’s corporate headquarters in New York, NY. A sampling of job opportunities listed on their site include associate director, major gifts; field finance officer; and financial controller. There are also internship opportunities in their Washington D.C. offices.

International positions are also widely available. Some of the recent job listings were in places like Cambodia, South Sudan, Nigeria, and Canada.